Bounty hunting can be an action-packed, adrenaline-fueled profession. That’s probably a big reason why you decided to get into this line of work in the first place. There’s a lot of excitement that comes with a job that lets you spend your workday skip tracing, trailing a criminal trying to stick it to the bondsman you work for by jumping bond instead of showing up in court to face their responsibilities.

But the trade-off for all the fun and freedom that comes with a job that doesn’t involve punching a clock and sitting in a cubicle is that you can’t typically count on a regular paycheck. For bounty hunters, paydays come when a fugitive is brought into a custody. Pay is commission-based. In other words, no fugitive apprehensions for a bounty hunter means no money.

You may find a select few bail agents with bounty hunters on their payroll as hourly or salaried employees, but this is the exception to the rule.

But given the sheer size of the bail bonds industry (There are about 15,500 bail agents in the U.S., according to the Professional Bail Agents of the United States), opportunities for work as a bounty hunter are usually plentiful, and opportunities to make a lot of money abound. In fact, The National Association of Fugitive Recovery Agents (NAFRA), bounty hunters apprehend more than 30,000 fugitives each year.

Ok – well it’s not a salary exactly, but we know what you’re asking. Like a lot of people getting into the bail enforcement game, you want to know what you can expect to make.

Given the nature of the payment arrangements, there are no official statistics on bounty hunter income in the United States. Trust us, we’ve done the research. And that’s no accident either; bounty hunters tend to like it that way. You could even say it’s part of the mystique of the field.

What we do know is that the average commission rate for bounty hunters is between 10 and 25 percent of the bond.

So for example, if the bond is $10,000, a bounty hunter can expect to receive anywhere between $1,000 and $2,500 from the bail bondsman for locating and apprehending the fugitive. Add a zero to that bond, and you can add a zero to the commission too.

That means apprehending a jumper with a bond on their head worth a hundred grand can put a cool $10,000-$25,000 in your pocket.

With some experience and a lengthy track record of successful fugitive apprehensions, you’ll start getting phone calls from bondsmen who are willing to pay out generous commissions to get their money back. All bondsmen agree, ponying up a 25 percent commission and getting 75 percent of their money back is better than cheaping it by hiring a newbie and getting 90 percent of nothing.

Eventually, you can even put your own team of trusted and talented bail agents together and start spreading the work around, sharing commissions on bigger bonds and more work than you could handle on your own.

If you branch out to inter-state or even international skip tracing, that can mean a lot more opportunity and a lot more money. 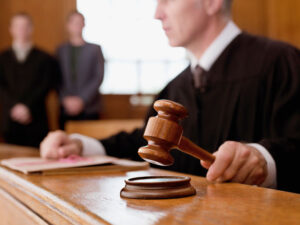 Ultimately, it’s a numbers game, as only a small percentage of defendants will fail to appear on their trial date. Therefore, the more bonds secured by the bail bondsman, the greater the odds that an opportunity will present itself.

Bail amounts vary widely according to crime (more specifically, the severity of the crime) and the flight risk of the defendant, in most cases. While it’s hard to gauge how much bail will be paid most of the time (most states don’t disclose or collect info on bail bond contracts or fees), a 2020 study by The Marshall Project revealed a median bail of $10,000 for felonies in the U.S.

But this median amount doesn’t do much to reveal the bigger picture when it comes to bail amounts. For example, the ACLU collected information on the Philadelphia courts in 2018, which found bail amounts anywhere from a few thousand dollars for low-level offenders to upwards of $250,000 for more serious crimes like gun possession.

While you may not be able to rely on specific bail amounts to determine your earning potential as a bounty hunter, according to recent numbers, chances are you’ll be kept busy in this profession. A 2018 report by The Hamilton Project found that the number of pre-trail detainees and the amount of bail they pay has increased dramatically since the 1990s:

Bounty Hunter Pay Depends on Several Factors – Some You Control, Some You Don’t 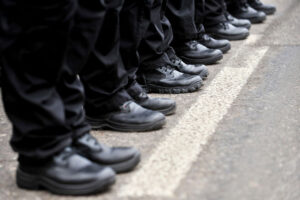 Salaries for bounty hunters are as varied as the profession itself, with some bounty hunters making well into the six figures and others simply taking on bounty hunting as a second source of income.

There are several factors that determine a bounty hunter’s earning potential within the bail bonds industry:

Size and Saturation of the Market

Both a market’s size and the number of bounty hunters working in any one jurisdiction play a big part in the amount of money any one bounty hunter can expect to earn. Chances are, if there’s a bail bondsman in a certain jurisdiction, there’s plenty of work to go around in terms of fugitive recovery. However, the market may be oversaturated in terms of the number of bail agents.

Figuring that out is going to take a lot of the same kind of research you’ll find yourself doing as a bounty hunter – calling around, online information gathering and background profiling by combing over social media and other sources to get a sense of where your bounty likes to hang out.

Similarly, your best bet in finding out about market saturation in your area is to do your homework and go straight to the source. That means looking at job boards and checking out the local bail bond agencies to get a feel for the demand in your area for qualified bounty hunters.

Many states require bounty hunters to be licensed through the State Department of Insurance. You can often find information about the number of licensed or registered bounty hunters currently authorized to work in a given jurisdiction simply by making a phone call or two.

Contacts in the Industry

The ability to earn a solid salary as a bounty hunter is often directly related to the professional relationships the bounty hunter has developed with local bail bond companies and bondsmen.

Most bail bond companies hire bounty hunters through referrals, so it is important to develop solid relationships with local bail bond companies to get the kind of steady work that comes from having a good reputation. A common way to break into the bounty hunting business is to serve as an apprentice with an established bail bondsmen in the area. The National Association of Fugitive Recovery Agents supports apprenticeships and helps new bounty hunters connect with seasoned professionals in the business.

Experience in the bounty hunting profession not only means a better shot at apprehending the fugitive, but also at earning more money. As an established bounty hunter, you’ll be able to demand a larger percentage of the bond than newer bounty hunters. In fact, a solid record of successful apprehensions will afford you more leverage when it comes time to negotiate the percentage of the bond. Your ability to negotiate a higher rate is largely tied to your experience and reputation for success.

It goes without saying that on larger bonds where lots of money is at stake, bail bondsmen will typically contact bounty hunters in the area with well-established records of successful apprehensions without incident. In contrast, less experienced bounty hunters are more likely to be offered jobs with smaller bonds. In this profession, it’s all about earning the reputation that will make you a valuable asset to any bail bondsman.

Credentials are an important part of the bounty hunting profession. Those with comprehensive resumes highlighting experience in law enforcement, formal educational programs, and specialized training in everything from constitutional law to apprehension and handcuffing techniques are the ones most sought after in the field, although many bail bondsmen also consider individuals with experience in the legal and insurance sectors, backgrounds in negotiation and conflict resolution, and a history of working as part of a team as desirable candidates.